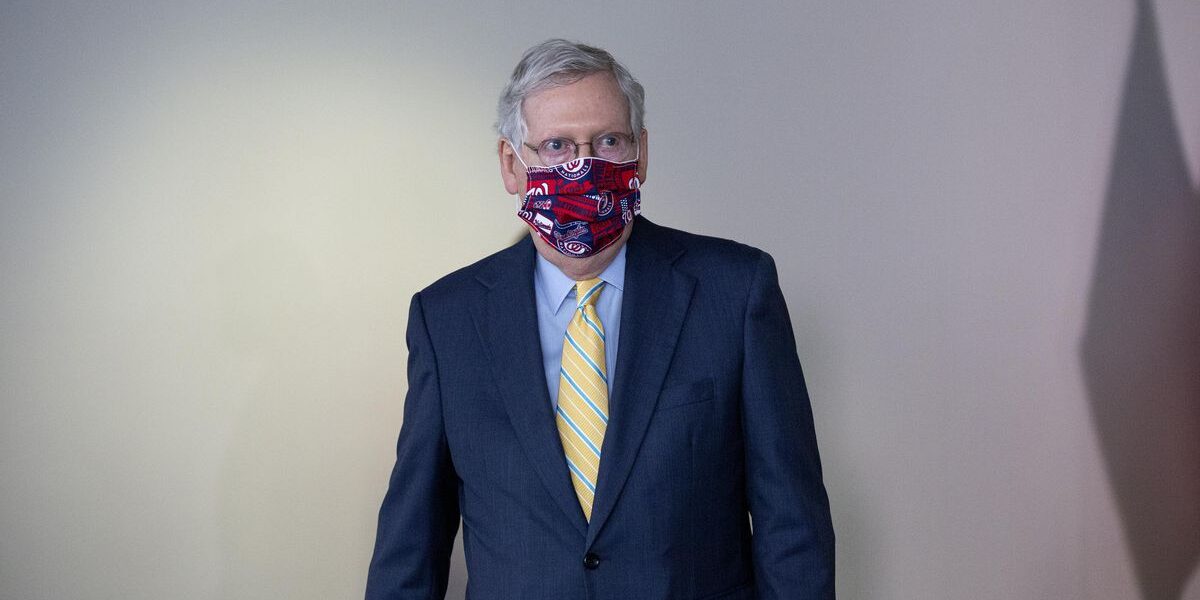 Here are the latest numbers inside the new stimulus proposal—and what they mean for you.

Senate Majority Leader Mitch McConnell (R-KY) plans to release his new stimulus package proposal as early as Monday. The New York Times has reviewed a summary of the Republican proposal. Here are the latest numbers and some proposals (although not all) from the summary, although it’s possible they could change before McConnell introduces the bill. It’s also possible that not all provisions were included in the draft summary. For comparison, key provisions of the Heroes Act, the $3 trillion stimulus bill that House Democrats passed as their version of the next stimulus, are included as well to show areas of overlap and disagreement. Importantly, the Heroes Act barely passed the House, 208-199, a 9 vote margin, and has not passed the Senate.

The Heroes Act includes a $1,200 stimulus check for individuals and $1,200 for each dependent, with a maximum of three dependents. This means that a married/joint filer with three dependent children, for example, could receive up to $6,000 in Economic Impact Payments. Unlike the Cares Act, the $2.2 trillion stimulus that included the first stimulus check, the Heroes Act has no age limit for dependents who can receive a stimulus payment.

Absent any action from Congress, enhanced employment benefits of $600 a week end today in most states.

Republicans and Democrats differ drastically over state and local aid.

The draft summary says the stimulus package proposal would include no additional money for state or local government. However, the summary also notes that Republicans expect to “get some added in negotiations with [Democrats].”

The Heroes Act includes ~$1 trillion of state and local aid:

Lost tax revenue and the financial impact of the Covid-19 pandemic has wreaked havoc on states and local governments (as well as Tribes and Territories), many of whom face significant cash shortfalls in their budget.

What’s next for your student loans?

The Heroes Act would extend these student loan benefits in the Cares Act (and include Perkins Loans and some FFELP loans not owned by the federal government) from September 30, 2020 until September 30, 2021:

Republicans are focused on opening schools and would allocate ~$105 billion as follows, per the draft summary:

Sen. Patty Murray (D-WA) and other Democrats introduced the Coronavirus Child Care and Education Relief Act, which is a $430 billion plan that includes, but is not limited to, the following:

The Heroes Act also includes $58 billion in direct funding for school districts. House Democrats also passed the Reopen and Rebuild America’s Schools Act, which is a $130 billion legislation that includes $100 billion of K-12 infrastructure funding and $30 billion of authority to issues bonds.

What is inside the new stimulus package?

If Congress reaches a deal on the stimulus proposal, Republicans and Democrats must agree on two parameters: the proposals and the numbers. Currently, at least in some areas, there is a wide divide on policy priorities and the amount of funding. The wider the chasm, the higher likelihood that a deal may not get done in July. McConnell said that a stimulus deal could “take weeks.” Based on this key stimulus timeline, the Senate is in recess after August 7. This means that if a deal is not reached before August 7, and members of Congress do not forgo their summer recess, that the stimulus package would be revisited September 8. If that happens, second stimulus checks, for example, would not be sent until September at the earliest. Similarly, enhanced unemployment benefits may be delayed as well. On the contrary, if Congress agrees to a stimulus package by August 7, it’s possible that second stimulus checks could be sent as early as August.