Dow Plunges 400 Points After Another 1.4 Million Americans File For Unemployment 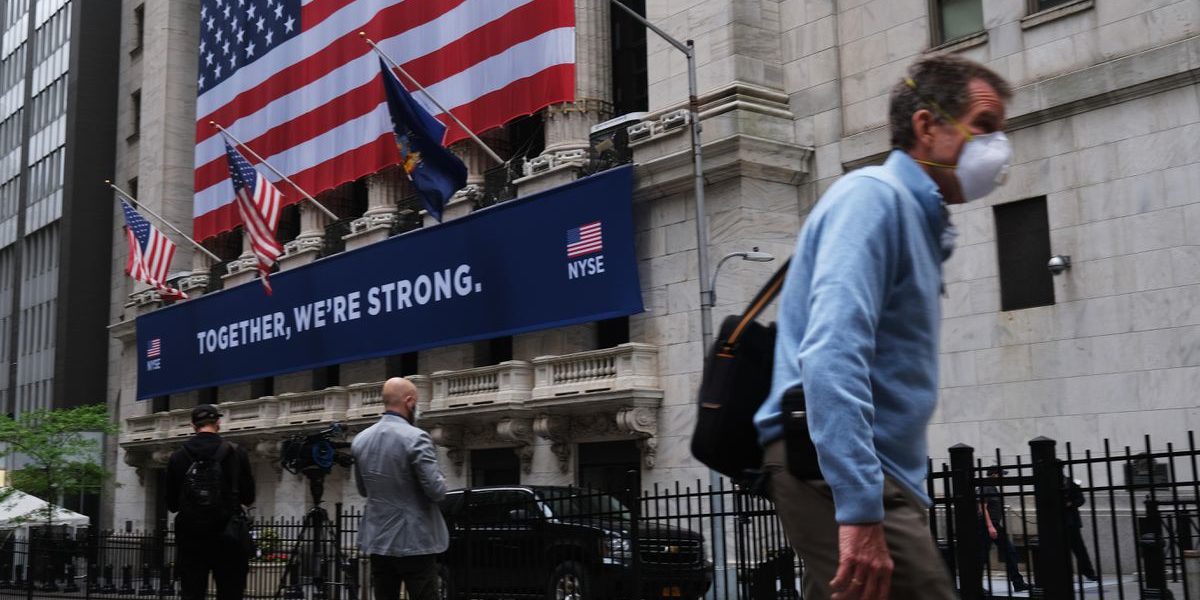 The stock market moved lower on Thursday after jobless claims came in worse-than-expected, rising for the first time in nearly four months amid the recent surge in coronavirus cases across the country.

Stocks took a hit from worse-than-expected jobless claims data: Another 1.4 million Americans filed for unemployment last week, according to data released by the Labor Department.

Not only was that number higher than the 1.3 million expected, but it was also the first time jobless claims have risen since March, suggesting that the labor market’s recovery could be in jeopardy as many states rollback reopenings.

A decline in big tech stocks, which came under pressure on Thursday, also dragged the market lower: Apple, Amazon and Netflix all fell more than 3%.

Microsoft, meanwhile, dropped 4% despite the company beating revenue expectations in the second quarter.

Tesla also saw its stock fall over 4%, despite blowing past analyst expectations and posting a fourth consecutive quarter of profit—meaning it could now qualify to join the S&P 500 index.

Stocks are getting battered as investors sell out of tech, a group that came into the second quarter earnings season with “impossibly high expectations,” says Adam Crisafulli, founder of Vital Knowledge. “Tech stocks were simply wildly overbought, over-owned, and overvalued, and there probably wasn’t anything they could have done differently with earnings to spur further gains.”

“If there is a bigger resurgence of coronavirus cases and no real plans on fiscal stimulus, that could lead to a big market correction,” says Pierce Crosby, general manager of TradingView. “There’s less and less upside potential, with more downside risk, if we don’t have that stimulus check,” he says, adding, “it’s ultimately a confidence game” for investors.

What to watch for

With an extra $600 per week in federal unemployment benefits set to expire next week, lawmakers in Washington are scrambling to agree on the next round of coronavirus stimulus. But stocks rallied late on Wednesday amid news that Congressional Republicans are considering an extension of unemployment benefits through the end of 2020, but at a reduced rate of $100 per week. Treasury Secretary Steven Mnuchin added on Thursday that an extension of benefits would be based on “approximately 70% wage replacement.”

We Looked At How The Stock Market Performed Under Every U.S. President Since Truman — And The Results Will Surprise You (Forbes)