China Has 1 Trillion Reasons To Pray Trump Is Defeated 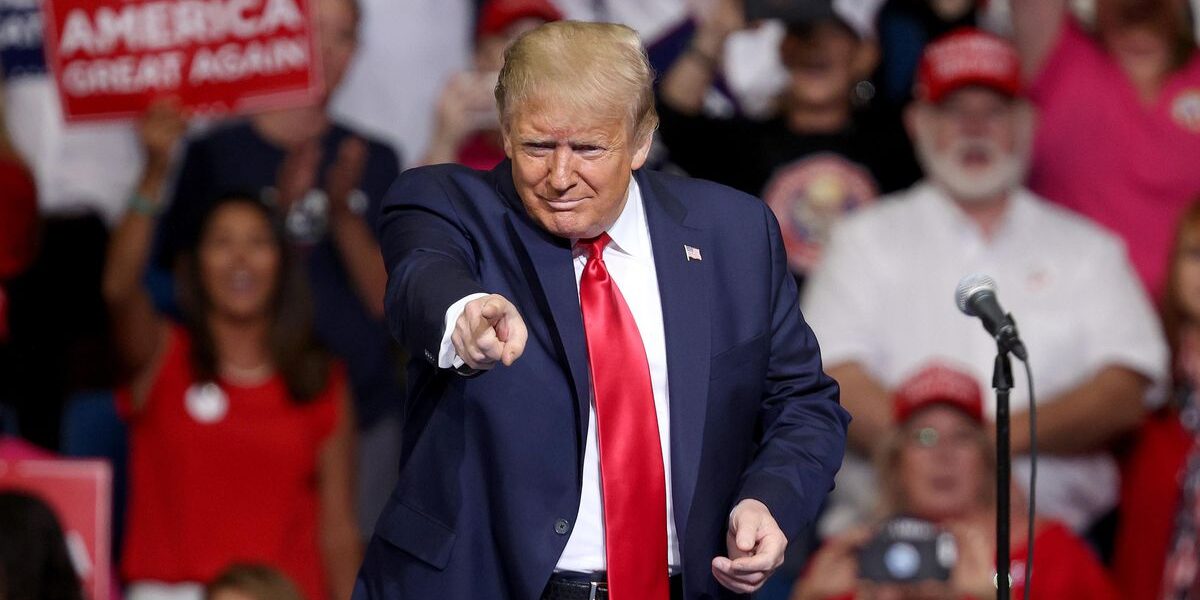 On the one hand, President Xi’s Communist Party knows full well how useful four more years of Trumpian chaos could be for its international ambitions. The more allies the U.S. president loses, the more global institutions he kneecaps—from the World Health Organization to the International Monetary Fund—the more investors he irks, the greater the scope for Beijing to fill the void.

On the other, China has 1 trillion-plus reasons to pray for a Joe Biden presidency. That’s how many U.S. dollars Xi’s government is stuck with as Trump takes a wrecking ball to the reserve currency. Make that roughly $3.5 trillion when you add in Asia’s top holders of U.S. Treasury securities.

This exposure matters more than ever as the dollar has its worst month in a decade, a trajectory that bears Trump’s fingerprints.

The forces behind the dollar’s more than 3% drop this year include ultralow Federal Reserve policies, a national debt blowing past $25 trillion and waning confidence in Trump’s competence as a financial steward.

This latter problem has a growing number of dimensions. One is his disastrous Covid-19 response, including pressuring U.S. states to reopen before flattening the infection curve. The other is Trump’s many threats to weaken the dollar for trade advantage. Fears he might do just that at any moment to juice exports have currency traders on perpetual edge.

Trump’s team has, on more than one occasion, hinted at defaulting in Treasuries. On the campaign trail in May 2016, Trump told CNBC: “I would borrow, knowing that if the economy crashed, you could make a deal. And if the economy was good, it was good. So therefore, you can’t lose.”

More recently, Trump officials mulled whether to “cancel” parts of U.S. debt obligations to China. It sure makes you wonder why, oh why, Xi’s government would add to its already epic exposure to Trump’s whims.

One reason: America’s Asian bankers are essentially trapped. When pundits explore Asia’s outsized dollar holdings, it’s often couched in terms of leverage. How Washington had better behave or China, Japan and others might dump U.S. debt to teach America a lesson. Yet doing so could crash the global economy.

The mere whiff of Beijing, Tokyo, Taiwan or other major benefactors selling large blocks of U.S. Treasuries would tank markets, sending debt yields soaring virtually everywhere. Not to mention the paper losses Ministry of Finance officials would have to explain to national leaders. And so, China and its peers tend to hold dollar purchases stable to keep the peace in financial circles.

Yet the coming U.S. election cycle is its own clear and present danger to exchange rates. Trump’s poll numbers are cratering, raising the odds of headline-grabbing stunts ahead of Nov. 3. He’s sure to hit China at every opportunity to cheer his base.

Already, Trump launched a giant trade war, starting with levies on $500 billion-plus Chinese goods. He’s waging a tech war, from Huawei to any number of other mainland champions. The wildly popular social media app TikTok could be next. There’s talk of banning tens of millions of Communist Party members from entry into the U.S. The lever Trump may pull next is a weaker dollar.

That would wreak havoc with capital markets everywhere. Along with gold, running into dollars remains the panic trade of choice. Hobble the cornerstone asset of global finance for political gain and there’s no telling what fury might ensue in markets.

The resulting “risk-off” pivot could devastate stock values. A surge in debt yields as risk-premium perceptions change could set off a domino effect that savages bank balance sheets. Trump, effectively, is playing a giant game of Jenga. The blocks he’s removed to so far shook the global economy. Might the next one topple the entire game? Not that Trump would care, so long as he’s re-elected.

Trump has as compliant a Fed chairman in Jerome Powell as any American leader ever has. Powell’s largess makes it possible for investors to look the other way. As author William D. Cohan writes in Vanity Fair, “with the Fed rescuing the capital markets, people who make money from money—hedge-fund managers, private-equity moguls, investment bankers—are riding high.”

America’s Asian bankers probably won’t be so lucky. The magic trick that Trump, via Powell, is trying to pull off, won’t bamboozle currency short-sellers. They appear to be getting restless at this very moment.

The risk is that Trump leans into the dollar’s emerging weakness, accelerating a move that gets out of control. Goldman Sachs warns the dollar is already on the edge of also-ran status given fiscal and monetary overreach. Goldman harbors “debasement fears.”

It’s a terrifying prospect: a president willing to burn the dollar in the long run in service of his reelection. Asia has reason to worry about how the fallout might affect a global system it relies on for growth. Make that 1 trillion-plus reasons.

A Pair Of Education Tax Credits That Help Ease The Expense
July 31, 2020